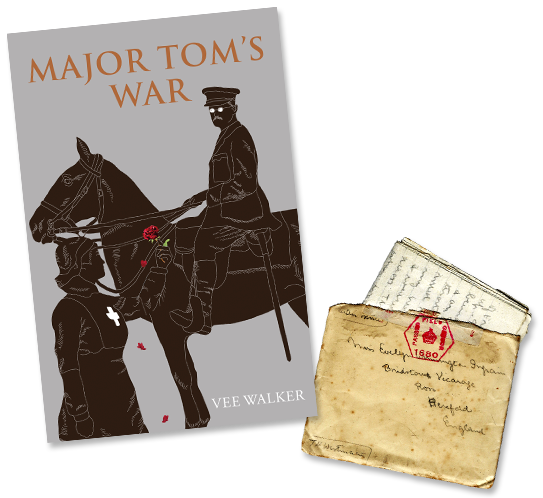 The little town of Bavay sits right on the border between France and Belgium and as a result was in the thick of both the First and Second World Wars.

Much of the town was damaged during the Second World War: the church for example has been rebuilt, but much of it is as Gaston Derome and his family would have known it.  The Roman ruins are superb and a dedicated museum is worth visiting.  The Brunhilde Column (Colonne Brunehaut) is located in the town square. The Town Hall is much the same, down to the squeaking floorboards.

Gaston's house at 3 Rue des Juifs is still intact and at the time of writing is in family ownership.

The little Auberge de Bellevue has been reconstructed on the site of an original auberge and in a traditional style - I can thoroughly recommend a stay with the friendly Mirapel family.

Hatchetmarks in the floor of a house in Rue des Soupirs

The arrival of the BEF in Bavay

The parade assembles for 11th November 2014

View from the balcony of the Town Hall in Bavay